If this blog post 'joins up' at the end - then well and good. If not, it's because it's Sunday, sweltering heat first thing in the morning here in Brisbane, and with no kids here today I have wayyyyy too much time to think about fragmented, disjointed things - and yet my little brain tells me they are all connected. Oh and if nudity affronts you - look away now.

It all started with Cathy at Life on the Muskoka River who'd been taking pictures in her underwear (not of her underwear I hasten to add).

I then ran across a very brave Canadian Judge (Ontario Superior Court Judge Anne Malloy) who refused to sentence someone to the MANDATORY 3 year prison sentence demanded by law in the case of Leroy Smickle. His crime? He was posing in his underwear late at night, in his own apartment, for his own Facebook profile picture holding a gun. The cops bust in looking for his cousin (Leroy Smickle was wanted for nothing) - and arrest him instead for having a 'restricted loaded weapon' (which he had dropped along with his lap top at the shock of the door being kicked in). As Judge Malloy put it - sentencing him to what the law demands (3 years in prison) would be "unfair, outrageous, abhorrent and intolerable" - She sentenced him to a year of house arrest (which is still pretty crap given there really was no 'crime' or criminal intent).

Anyway, underwear was still on my mind as I was thinking of stripping down to mine in this heat - 'but what if the cops bust in looking for someone else? And the broken button on my boxer shorts gives too much away? Could I be charged with pointing a weapon at them? Even if it's a pretty harmless one?'

That got me to thinking about nipples. Not sure why but it did. And the crazy laws which pervade the USA about certain parts of the body. I remembered an ad I had seen being slated on the internet from Florida - Here it is - 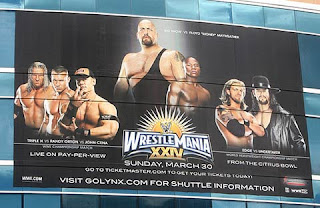 Notice anything? All those big butch guys have no nipples. Seems it's against the law in Florida to display nipples in advertisments. From nipples it was only a small drop down to buttocks, and the lengths America goes to to keep them covered up...I remembered being outraged at the TV series NYPD Blue being fined $1.4 million dollars by the FCC for showing a 'buttock' on one of it's airings - a fine that took eight years to be overturned in a higher court. So what? The audience saw someone's ass (or at least half of it) - are we so ashamed of the human body that we pretend someone having a shower doesn't actually have an ass (as was the case in NYPD Blue)?

Then...I remembered...I don't talk much about 'private bits'...and on one occasion where I had to see a doctor to enquire about what I perceived as a problem with mine - I sat in the waiting room running through what the most 'user friendly' terminology to use would be - how do I tell the female Doc I want her to look at my.....'thing'?
Do I say 'Penis'? Willie? Privates? John Thomas? It was perplexing me no end and when I finally reached her room and she asked in a mix of Indian/Scottish accent - 'What can I help you with Mr Grant?'
I kind of spluttered 'Well...it's my Birdie Doctor'
"Many happy returns." She said, and sat patiently waiting for what ailed me....

So I'm not the greatest conversationalist when it comes to 'bits' but I do have very strong opinions about them.

I'm no prude, I'm all for people getting naked though I don't do it myself....maybe when I was younger I would've been braver but in my entire life I have only posed naked for a picture with my instrument in full view once. And that was because my dear wife didn't think I would have the balls to do it. I'm a sucker for challenges.

It was so empowering I even thought of enrolling as a model for art students so they could master the art of drawing wrinkles accurately....

Hmmm - I don't think it did join up did it lol?