Reflections on a miserable morning... 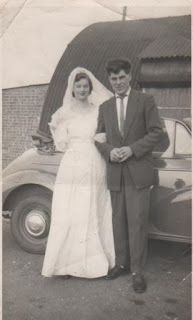 And so I sit here waiting for the phone call...
I know what will be said, I know who will say it - and yet the shock will overwhelm me...

My Mum and I made an 'agreement' last year - She didn't want me rushing from Australia to Scotland to catch a last glimpse of her tortured self before passing. She wanted to spend time with me while she could still get around, still talk coherently, still enjoy my company and I hers. And so I spent a wonderful six weeks with her and the rest of my family in Scotland last summer.

In the next few hours she'll pass in the company of my three Sisters and my Dad in the quiet of a hospital room in Glasgow. She's a younger elderly person, 72, I feel angry about the very real hell she's been put through in the last few years, a hell that resulted from caring.

Almost all her life she's been a Nurse, doing what she could for elderly patients. One evening it rained outside - and just didn't stop. The build up of water on the hospital roof caused part of the ceiling to collapse - patients were moved around, the area cordoned and bucketed off, Nurses asked to work around it. On the third day when the rain eased, repairmen came to fix the gaping hole - they noticed something - and the ward was immediately evacuated. The ceiling was laced with asbestos.

Twenty years later when they told her 'Mesothelioma', she knew the precise day she breathed the word in.
She's a fighter though - Two days ago my littlest sister asked the consultant if she should be "preparing my Dad for the worst?"
He replied "That was a year ago. Your Mum shouldn't be here now and we don't know why she is." 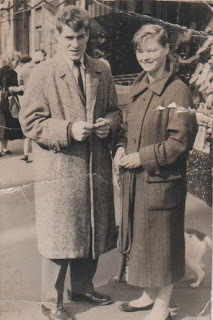 I love you Mum - I know you always wanted me to put the guitar down and get a 'real job' but I promise when we meet again - you'll be proud.