Such a parcel of rogues in a nation...

Inevitably, due to the motion picture 'Braveheart' starring Mel Gibson, many of you will be aware of who William Wallace was - and how proud the Scots are of one our nation's true giants of history. Many of you will be unaware that Wallace was responsible for creating a new way of thinking about Nationhood and the Liberty of Man. There was no similar philosophy in the known world at the time. You could argue that Wallace was responsible for inspiring the men who knowingly signed and sealed their own death warrant when they penned the incredibly awe inspiring 'Declaration of Arbroath' in 1320 - "...as long as but a hundred of us remain alive, never will we on any conditions be brought under English rule. It is in truth not for glory, nor riches, nor honours that we are fighting, but for freedom — for that alone, which no honest man gives up but with life itself."   (See Image Below) 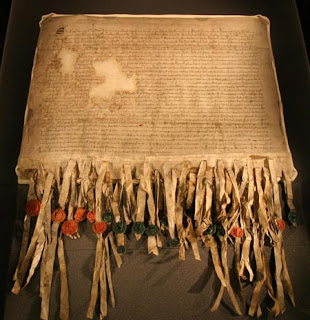 Even though the movie is as steeped in reality as The Lion King is, it's why you hear Gibson cry aloud during it - 'Freedom!' - It's all that Wallace was about - not riches, not land, not status...but freedom.

Is it any wonder that we felt it necessary to build a monument to him (Though once again we had to turn to America to find the money as our sheepish politicians didn't think he was important enough to be recognised)... 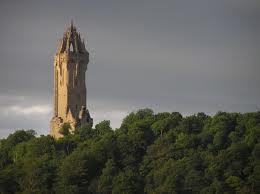 For several centuries now, Scotland has effectively been brought under English rule. Recently, with a wee bit of tussling, Scotland has wrestled some power and authority back again, and recent election results have brought the promise of more - but it's not really the politics of the matter I want to get into - it's the destruction of those things of historical value which the Scots possess that are perceived as lending support to those who would argue for an Independent Scotland.

On the edges of my own home city, Glasgow, is a place called Robroyston - it is known that whilst William Wallace was on the run from the English he stopped and took his last drink of water as a free man from a well located there. It took Americans, proud of their connections with Scotland to raise the money to preserve the well as an important symbol of Scottish history several centuries ago. Today, it is in ruins. Glasgow City Council which is controlled by a political party who don't favour Independence has allowed it to fall into disrepair. They built a housing scheme nearby, and the increased traffic on the narrow road has destroyed the outer retaining walls leading to the well.  They now want to destroy the well and widen the road - citing the well as of 'no historical importance'. The place where Scotland's most stout defender had his last drink of water as a free man before being butchered in the most abominable way...is of 'no historical importance'??? He had only walked a few yards from the well before being captured at this very spot!

This is how it looked thanks to a local organisation and American supporters... 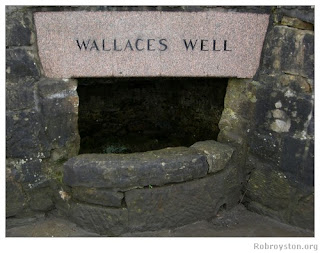 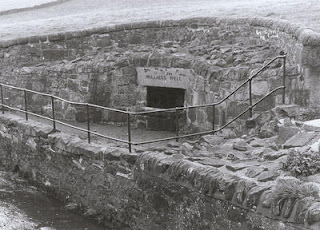 This is the state of disrepair it is in now... 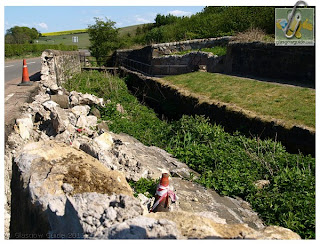 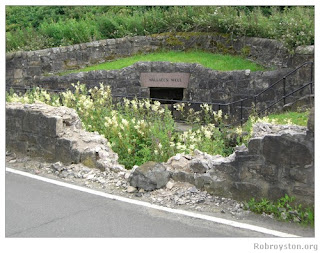 This location has to be preserved - Glasgow City Council must be made to 'think again' before it is too late!
Posted by Rory Grant at 11:29